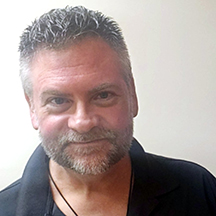 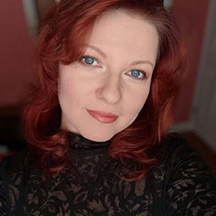 Those familiar with Mark Baranowski tend to call him a "Jack of All Trades," or an "all-purpose artiste," and with good reason. Born in Buffalo, New York, in 1974, he took a keen interest in drawing even before he could write his own name. He would hone this talent through years of art classes and photo studies, and would later focus exclusively on creating charcoal pencil illustrations, whether commissioned or for his own display.

By the late 1980's, he began writing songs and making rap music, and then self-distributing it. Within 10 years, he and long-time friend Don Donovan started their own record label, Nickel City Records, through which they released their music on a worldwide scale. By that time, Mark had relocated to Charlotte, North Carolina, and was just starting to refocus his interest on independent film-making.

In late 1999, Mark wrote his first screenplay. This work gained him the services of a manager in Hollywood, but after two years of pitching and no major progress, it was time for Mark to take the advice of actor Bruce Campbell - to stop looking to others in trying to fulfill his dreams. Thus, he turned Nickel City Records into On Mark Productions, partnered with aspiring model-actress Ryli Morgan, and the two began collaborating on their own film and music projects.

Now, over two decades later, the couple's creative output is still going strong, and shows no sign of stopping... Mark's current focus is on an ever-expanding fine art/merchandise line called Marquis' Brothel, while Ryli continues to model or act when not photographing subjects of her own. To learn more, explore our website & the links below!